Bone Conduction Tech. What You Need to Know

Summer is the ideal season for going for a run, a swim, a bike trip, or a stroll across the city.

While listening to music through headphones is a fun way to pass the time while these activities, they can isolate you from your surroundings and constitute a considerable safety risk, especially with busy traffic and possible hazards all around. Thankfully, advances in hearing tech can assist.

Bone-conduction headphones employ an acoustic method to offer a novel way to listen to music while remaining aware of one’s surroundings.

Both kinds of hearing assist us in gathering sound from the environment and transmitting it to the brain for interpretation.

In this post, we will find out about what exactly is bone conduction technology, and how it works! Let’s dive straight into it!

What is Bone Conduction?

If we talk about its definition, the transmission of sound vibrations to the skull’s inner ear (Cochlea) bones, allowing you to sense sound without blocking the ear canal, is known as bone conduction.

To put it in a simple way, it’s a sound that is sent straight to the inner ear without passing through the eardrum. Consider bone conduction to be a sound-hearing shortcut.

Have you ever closed your ears while singing a song during a shower or workout and wondered how you managed to hear the melody? Have you ever heard the noises made by brushing your teeth or eating potato chips?

That’s bone conduction at its finest, and your ears have been carrying sound that way all along, along with the more often employed air conduction.

How does Bone Conduction Technology Work?

Sound waves are converted to vibrations by the eardrum, which is then sent to the Cochlea (or inner ear). However, vibrations can sometimes be heard directly through the inner ear, bypassing the eardrums. This is how whales hear as well.

By attaching a rod to his piano and clenching it between his teeth, Beethoven was able to hear the music of the piano through his jawbone (albeit in a different manner to the one we are accustomed to). When vibrations from the piano reached his jaw, he was able to perceive the sound.

This has shown that sound may enter our auditory system through a media other than our eardrums, and that medium is our bones.

Unlike standard in-ear or on-ear headphones, AfterShokz has mastered the natural phenomena of bone conduction by adapting it to consumer electronics, and it’s now the secret behind their open-ear product line’s success.

Here’s how they have put bone conduction technology to good use in their products:

Normal sound waves are made up of small air vibrations. Our eardrums pick up the vibrations as they pass through the air.

The eardrums then vibrate, decoding the sound waves into a distinct sort of vibration that the Cochlea, commonly known as the inner ear, receives. The Cochlea is linked to our auditory nerve, which sends sound signals to our brain. 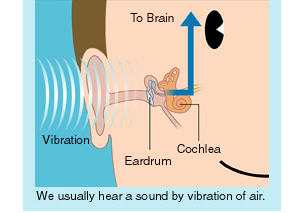 The eardrum is never engaged since these gadgets decode sound waves and turn them into vibrations that may be received directly by the Cochlea. Vibrations in the bones (or skull) and skin carry the sound to the ears. 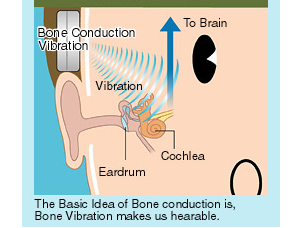 What Are the Benefits of Bone Conduction?

Eardrum injury is the most common cause of hearing loss. People with hearing impairments would be able to hear clearly again with bone conduction because it does not involve the eardrums. This is provided that their Cochlea is healthy and normal.

Sound waves can’t reach the inner ear by air conduction if there’s a problem with the outer or middle ear. Bypassing these injured, clogged, or missing portions of the ear, bone conduction can transport sound waves directly to the inner ear.

Bone conduction solutions have had a significant impact on people’s lives all around the world for the past 40 years by utilizing the body’s inherent ability to transmit sound. However, the technology was very niche and ineffective until recently. Thankfully, there are some top-quality bone conduction headphones available in the market today at good prices.