The Most CPU-Intensive Games and Software for CPU Testing

Video games are just like exercise… for your computer. They can test just how far you can push your system, especially in terms of the CPU temperature. Everything from the ROM to the GPU is utilized to the limit.

The act of benchmarking your CPU, as it’s commonly known, helps you know just where your setup stacks up against others and what exactly you can do with it. Can you run CPU intensive games or should you upgrade?

A CPU stress test is usually the best thing to test your rig, but a more fun way is to try some of these software and CPU intensive games with breath-taking visuals and intensive in-game world-building.

The Assassin’s Creed universe is vast, but Odyssey is highly regarded amongst the canon for its high level of photorealism, meticulous attention to detail, and fluid gameplay.

The main reason to love Odyssey is its massive draw distance. Not only is the world of a gargantuan size, but you also get to see all of it at once. Sadly, your PC will probably not be as happy as you are when you gaze at the Lighthouse from miles away.

Everything from the crowds to every single ray of light shining down on a Greek civilization ravaged by war is scintillating (and perhaps makes it worth your while learning whether or not your CPU needs overclocking).

With an 85% score on Metacritic achieved immediately after release, Final Fantasy XV has been hailed as a revolutionary game when it comes to graphics.

Let’s face it, any game that has a file size of 155GB is bound to have graphics that can make you scream with delight and your CPU scream with pain. Final Fantasy XV is considered to be the pinnacle of modern graphic performance, and quite rightly so!

It’s constantly brought up as one of the most CPU intensive games in recent history as even some of the most advanced processors are often unable to achieve 60FPS in 4K resolution.

The best bet for running Final Fantasy XV is a high clock speed on a heavy-weight CPU with strong single core and single threaded performance. (You can also try and turn off the reflections for the water levels, although that will have an impact on how beautiful the game looks.

We recommend that you only try to play this game on high settings if you have an i7 (at least 8th gen) and a GTX 1080Ti on top of that. Even then, you will have trouble achieving solid frame rates at the highest settings, but a little bit of tweaking should get you to 60 FPS.

A CPU intensive game that nonetheless continues to have a majorly ongoing ever-lasting legacy, GTA’s customizability is what makes this game perfect for our list.

The great thing about GTA V is that it can run on fairly outdated systems, but it requires a monster PC for 4K resolution with everything maxed out.

What this means is that GTA V can be used by people to test how much better their new processor is than their previous one. Since GTA will run on a dual-core mobile i5 processor with an integrated graphics card (25-35 fps on lowest settings), this is a game that can pretty much be used to test every modern computer.

Although the recommended processor is a measly i5-3470, remember that you can add texture and other graphical mods to make this game look photorealistic. These mods are what will really push your processor to the brink.

Thus, while GTA V may not be the most CPU intensive game in its own right, it is definitely up there once you mod it. 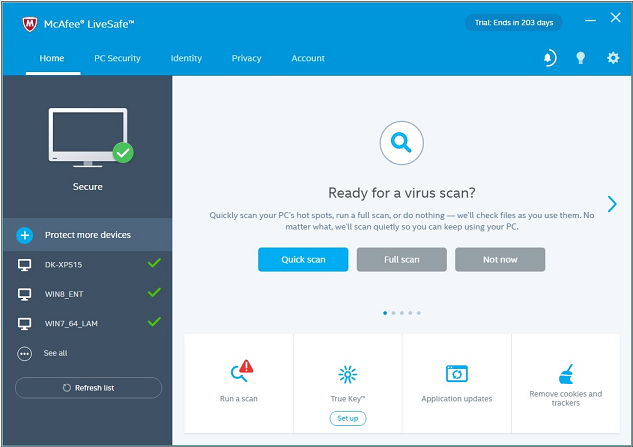 Of course, it’s not just video games capable of making your entire CPU get up on its feet.

Many people might have experienced this first-hand while running a full system scan, but many of the best processors can be bought to a dizzying fall on their knees, even if for a few seconds, by a strong anti-virus such as McAfee.

Take our example. The Intel® Core™ i5-8250U Processor (6M Cache, up to 3.40 GHz) with 4 cores and 8 logical processors; whirs like a jet engine when running McAfee, with CPU usage at a literal one hundred percent. The 8250U is perhaps the most common laptop CPU of the current generation, and thus can be tested using McAfee quite well.

Being CPU intensive goes for any cryptography tool or service – whether for your physical hard disk or online data – especially if operating under specific circumstances.

(Largely because it must decrypt the random numbers for the client and server exchange as well as the pre-master secret key, public key encryption is a very CPU intensive task for the server.)

VeraCrypt, however, can specifically have a perceptible effect on your CPU if it doesn’t have AES-NI (a form of instruction set for encryption), and perhaps an SSD. Many common processors such as the Intel i3 are examples of this, so if you run tasks that are both disk intensive and CPU intensive, VeraCrypt will edge your CPU usage towards a 100%.

Data mining, or cryptocurrency mining, would also be the perfect thing for CPU testing in the same vein. In fact, the threshold here would be much higher than that for even the most CPU intensive games.

Any type of high-quality video rendering is sure to take your CPU from 0 to 100 very quick, but 3D rendering is a different ballgame altogether.

Maxwell Render, used everywhere from the animation industry to professional architectural firms, is as good as it is CPU intensive. In fact, the engine is perhaps the technological equivalent of the question of the chicken and the egg, since Maxwell is known for its beautiful, high-quality renders.

In fact, it also offers you the option to render in Low priority, meaning that the render process will be relegated to not using the entirety of your CPU’s capacity. For people who find themselves unable to run Maxwell Render satisfactorily at all, we recommend a good 6-core CPU with efficient hyper-threading that overclocks well, such as the Intel® Core™ i7-5820K.

Although there are many efficient ways of stress testing your CPU, playing games or using software that you will be using in the future is probably one of the most fun ones. You can play some of the aforementioned games and enjoy yourself while you simultaneously test just how strong your rig is.