Very often when it comes to the great performance one should know that it’s not only the best case, high-grade motherboard or top-notch graphics card that plays an important role. One day, you will just realize that there is no future without good memory, and since that very moment you will start looking for it.

Crucial has been known as the team of memory and storage experts for more than 20 years. Consequently, all their products are claimed to be adjusted to the new requirements and needs of users. And here we are to check whether reliability and compatibility are indeed Crucial key features.

This time the name of the game is Crucial Ballistix Tactical Tracer. This memory is aimed at the serious gamers, so if you are one of them – keep your head on a swivel!

Ballistix Tactical Tracer modules are quite short – only 31mm long. Obviously, such compact size guarantees that you won’t face any troubles when fitting them in your PC case. Besides, if to take into account the fact that a great number of modern CPU coolers, under which you’ll have to put RAM, cannot boast of small sizes, the compactness of Ballistix Tactical Tracer modules looks like a real bonus.

As to the design of this Ballistix RAM, it’s not too much impressive. There is a combination of black and grey colors on the heat spreader, what creates a kind of military effect.
The speed of the memory is an average one but its timing is great – 1600MHz (8-8-8-24). If you belong to the category of those users who like to control everything then you will be pleased to learn that each module has an option of temperature probe. There is also the Sandybridge friendly voltage of 1.5v.

Still, the main feature which is more likely to impress Ballistix customers is the option of 18 LEDs. Yes, that’s true. This Ballistix RAM hosts 18 LEDs that you can program via the Crucial MOD software. So, at the top of each RAM module there are 10 Activity LEDs and there are also another 8 Running LEDs at the base. Note that you can control brightness and color of these two LED sets individually.

Each of the Ballistix Tactical Tracer modules have 4GB RAM, and on the whole there are 8192 MBs of DDR3 memory. Besides, they support Intel Extreme Memory Profiles (XMP) and are 100% tested at 1600 MHz in Intel based motherboards. Their SPD is programmed at JEDEC standard 9-9-9-24 values at 1333 MHz. By the by, this Crucial RAM is not only Sandybridge but also Bulldozer compatible.

As we have mentioned above, installation of this RAM is quite an easy process thanks to its size. There is no big deal fitting it under a CPU cooler and in the end you will find even some extra space between these two items of your PC case.

Afterwards you will have your BIOS check how well the memory was configured including its default speed and timing. At first you will get somewhat lower results (only 1066 MHz/9-9-9-24) but after setting the eXtreme Memory Profile (XMP) you will see how much higher the speed of your RAM is (1600 MHz/8-8-8-24).

The only thing here to be careful about is installation of the MOD software. You should be aware of the fact that it’s not a part of standard Windows package, so if you have this operating system you’ll need to do some extra work to install it. You can get this software either on one of the Crucial webpages or do some Google search for the other sources.

In fact, downloading and installing of MOD software is not a problem. The point here is that Ballistix Tactical Tracer does not include any instructions on where you can get this software. And we don’t really like it.

This Ballistix RAM shows great performance in the AIDA64 Cache and Memory Benchmark. Testing your PC work after Tactical Tracer installation you will see that it has nice Latency results, though they may not seem to be as great as G.Skill RipjawsX or Corsair XMS3 can offer.

Due to the temperature tab you will be able to monitor the temperature of the Crucial Ballistix Tactical Tracer modules by means of an on-board temperature probe. Note that it’s up to you to choose the temperature units (Fahrenheit or Celsius). What is more, you can have this information logged to a separate file or displayed on the screen of your PC using a handy widget.

Besides, there is an option of configurable alarm which can be turned on in case RAM modules reach a configurable temperature. Still, we can already say that there is a little chance that you’ll get this RAM overheat.

And now some words about LEDs. This Ballistix memory does know how to make its performance a true lightning show. You already know that it has 18 LEDs and that’s cool of course, but the best thing here is that it’s you who decides what kind of lightning show to enjoy.

Ballistix Tactical Tracer allows you to configure its LEDs performance via the lights tab in the Crucial MOD software. You can change the colors of 8 Running LEDs as well as 10 Activity LEDs. Note that this Crucial RAM can offer either a combination of orange & blue or red & green. What is more, there are four patterns you can choose from – Stereo, Inside Out, Lava and Streamer. Brightness can be adjusted to your taste as well.

Though Crucial Ballistix Tactical Tracer isn’t the fastest set of modules you can have, it does deserve to be called a reliable one. This RAM is never slow, shows high results when it comes to small overclock and shows stable performance at 1633 MHz.

There is no doubt that thanks to their LEDs variety these modules are good-looking. Ballistix Tactical Tracer is also rich in monitoring and customization options provided by the MOD software.
But on the whole, this memory is not too much impressive. The main thing about it is the availability of 18 LEDs. So, if you like such option then this Crucial RAM will definitely draw your attention. Otherwise, we advise you to look for something different. 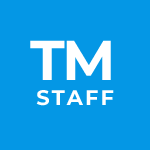 TechsMotion editorial team consists of versatile tech enthusiasts. Each of us specializes in the specific area (from photography to virtual reality).