Heatsinks in PC – Everything You Need to Know

When you are putting a system under heavy load, it generates a massive amount of heat that limits its overall performance. The heatsink is primarily responsible for cooling the system, and it directly impacts the temperature of your CPU.

PC heatsinks are the metal fragments attached to the chip of computers such as CPUs. They are used for blowing the heat away from your device. It moves towards the heatsink due to its heat-absorbing material through natural conduction.

There are a total of three different types of heatsinks. They offer various advantages and disadvantages of their own, and what you end up using depends entirely on your needs.

An active heatsink comprises moving parts such as a fan or a blower. It increases the inflow of thermal paste over the hot area of the system by achieving maximum heat conduction and enhancing the total thermal gradient across the heat sink system.

A passive heatsink does not contain any additional mechanical components or moving parts. Heat is dissipated through by the process of convection, i.e. heat is transferred as a result of the movement of thermal fluids without any help of a secondary system.

A hybrid heatsink combines the characteristics of both passive and active heatsinks. It often depends on control systems such as fans to cool the system based on temperature requirements. When the system operates at cooler levels, the air through the fan becomes inactive, only cooling the system passively.

When the source reaches a higher temperature, the active cooling mechanism engages to increase the cooling capacity of the heat sink system.

Fans, radiators, and other elements in the cooling components allow the accumulated heat to flow away from vital working parts of a computer without damaging the hardware.

There are many CPU coolers available in the market, and every unit is built-in with specific characteristics. Let’s compare the most common Air Cooler types. 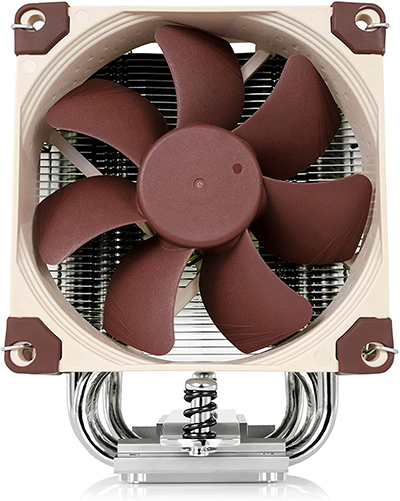 Heat energy is actively dissipated through the heat pipes using fans with this construction of the CPU cooler. 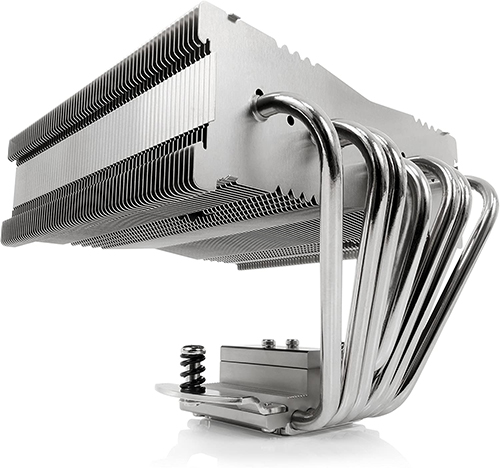 C-type air coolers are the top-down air cooler with c-shaped heat pipes having the curve from the heat fin stacks. These fin stacks are attached to only one end of the heating base, allowing the fan to be to either the top or the bottom of the heat fins. This shaped design allows for multiple fans to get installed to one given unit.

The installation and thickness of these fans determine the quality of air flowing from the unit and its clearance within the PC case. The 120mm and 140mm designs, mostly used on C-Type Air Coolers, are perfect for tower casings.

Low-profile air coolers are simple coolers that do not take up much space. This type of design is better for users whose PC case does not have any extra space. However, low-profile coolers are not that adept at dissipating heat.

Stock CPU Coolers vs Aftermarket Coolers – Which One Should I Use?

Since we are on the subject of massive heatsinks, it’s worth mentioning that tower coolers play the best role in this regard. Tower coolers are the best air coolers available for desktop PCs. Not only do they offer reasonable efficiency when it comes to cooling, but they also refrain from producing too much noise as long as they are not pushed too hard.

The only thing that can beat a tower cooler is a liquid cooler. Liquid coolers are the most efficient at dissipating heat, and they are the most expensive after-market option by far. They work by using a circulating liquid instead of a heatsink. It takes the heat away from the CPU and towards the radiators comprising of multiple cooling fans.

In short, any stock cooler will keep a CPU from overheating (in most cases), but if you want a more efficient cooler and are planning to overclock your CPU, then an after-market cooler will almost always be the better and quieter choice.