Although CPU is one of the most important parts of a computer, its usage in the majority of the configurations is only around 5% most of the time. Of course, that depends on the user’s behavior, the types of applications they are using, etc., but most apps won’t “torture” your CPU with more than 50% of use.

The reasons for reaching high usage percentage can be intensive processes, such as video encoding, complex photo manipulation, stress testing, or similar. If that is the case, there is no reason to be alarmed. It is only problematic if there are no high demanding applications running, and CPU usage is rocket high. If that is the case, certain activities need to been done to sort out this situation.

Of course, there are no universal causes or universal answers to the question of “how to reduce CPU usage”, but there are some common reasons that happen in the majority of situations and they include:

Too Many Background Processes

One of the most common answers to the question “Why is my CPU usage so high?” is “background processes”. This is mostly the case with systems that haven’t been reinstalled for some time or systems that have a lot of installed applications.

In both cases, there are usually a lot of programs that are working in the background, which means that they are using your CPU, although there are no opened windows with the process itself, and therefore, they are not visible to the user. Windows uses background processes by default, and many of them are essential for the proper functioning of the system, but the majority of the apps’ background processes just overwhelm your computer, creating trouble.

This is a common thing and most users face it sooner or later. It is crucial to know that it can be solved quickly. All you need to do is to close all the applications, enter Task Manager, open Processes tab and observe which programs are using your CPU the most. After that, enter the Startup tab (Windows 10) and uncheck all the programs that have been using 10% of your CPU or more. Restart the computer and that is it. If you are using Windows 7, in order to enter the Startup tab, just hold the Windows key + r and select the needed tab.

Although drivers exist in order to allow a use of all the components of your computer, they can sometimes cause problems. Faulty graphics driver is the most common. Other than this one, most commonly, problems happen with a sound card and the LAN driver, while this issue with other hardware drivers is very rare.

These driver complications can manifest in many ways, and one of them is a high CPU usage. Therefore, if you check the Task Manager and the Processes tab, and you spot some drivers that consume too much of your CPU, it would be a wise thing to update them and the applications that are closely attached to their work. If that doesn’t show any improvements, try to reinstall them. If that is also unsuccessful, you’ll need to reinstall the whole system.

For those who are not sure about what means what in the Processes tab, the best option is to Google it. If there is a process that “eats” your CPU and you have no clue if it is a driver, app or a system process, just search for it on the web and behave in accordance to what it says. So at the same time, you are going to learn something new, and also – you are going to solve your problem.

Anti-viruses are there to help, but depending on the manufacturer, and how thorough they are in scanning and malware protection, they can sometimes cause some serious slow-downs in your system, including high CPU usage. This is the most noticeable when they are actively searching for a malware on your drive, which can result in extreme CPU loads.

Although this type of behavior doesn’t affect modern PCs or laptops, that much, on slower or older systems it can produce real stall and cause a lot of trouble. If you are wondering how to lower the CPU usage of your antivirus and bring your PC back to life, the answer is simple. All you need to do is enter the antivirus application, go to schedule, and choose the time that suits you best to do an automatic scan of your system. That is all that’s needed for your troubles to go away.

One of the worst-case scenarios and causes of high CPU involvement is certainly malware. Its characteristic is that it is usually not that easy spot it. Even worse, depending on its type, and on how much it spread, in many scenarios, the only cure is to reinstall the whole system.

Malware infection usually manifests itself with high background activity or attempts to spread on other systems on your network or via email. All this activity demands a lot of resources and the high CPU consumption is one of them.

Determining if your PC is infected or not is something that’s hard to do manually. Luckily, there is a far better option: antivirus solutions, that at the same time save time and do a thorough job. If you don’t have an antivirus in the first place, you are much more exposed to risk and chances are you have more than just one infection. Therefore, always install an antivirus, at least a free one. It is better to have at least some kind of protection than none.

Anyways, if you are already guessing that you have a malware on your rig, regardless of whether or not you have an antivirus, you’ll need to install additional antivirus programs such as Malwarebytes (even the free version will do the most of the job), Kaspersky TDSSKiller, Spybot, and similar software. Since the infection can be severe, there is a need to use multiple solutions, because they use different algorithms and their malware search results may vary. Some antivirus apps will detect certain threats that other apps won’t, and vice versa.

Therefore, use different types of software and be careful not to run them at the same time, because that can cause an even bigger trouble. Antivirus programs might detect each other as a threat and block each other and the whole computer along with it. Which might end up in a full reinstall of the system and that is something most users don’t want to do.

As soon as you detect the malware, it is the best to eliminate it by deleting it through the antivirus app. If that doesn’t work, you can always try the manual way of removal, or Google and see how other people have handled it. All the malware (viruses, worms, spyware, etc.) work differently and some solutions may work, while others won’t. Therefore, reading what others have to say can save you valuable time.

In the case this doesn’t make any progress, and your computer is still occupied by spyware and viruses, the only option left is to reinstall.

This file and its processes are a part of Windows. Their main purpose is to monitor, analyze and solve issues that larger organizations might have with systems on their network. Although this file is made with the purpose to control and fix problems, sometimes it happens that it becomes the problem.

Open the Task Manager, and find the process named WmiPrvSE.exe. If the number next to it is more than just a few percents of the CPU usage, and you are not running any applications that could cause such a behavior, you’ve got a WmiPrvSE.exe that doesn’t work properly.

There are a few ways you can handle this. The first one is an official Microsoft fix that will solve the issue for most, but if you can’t download it or it doesn’t work, you’ll need to do it manually. Go to Windows Services, find Windows Management Instrumentation, right click on it and choose to restart it. If that doesn’t help, in the same menu, there is also an option to stop it, so if you don’t need it, you can go for that.

In the case that problem persists and you are still wondering how to lower CPU usage, the answer might be malware. If you spot two files with this name in the Task Manager, you have a virus and you should start a virus scan right away.

If you have read carefully and followed the advice we gave you, but you still have a high CPU usage and are wondering “Why is my CPU usage so high when I have done all I could to lower it?”, the answer is that your problem is obviously more severe and that it demands more serious testing and analysis.

Unfortunately, the majority of users don’t have that type of luxury and demand quick and cheap solutions. Therefore, if you are not willing to carry your PC to the computer service and wait for professionals to handle it, your only option is to reinstall Windows. Yes, this will delete any of your setups, files, etc., but at least you are going to be sure you will get rid of the problem, which was your primary goal in the first place. 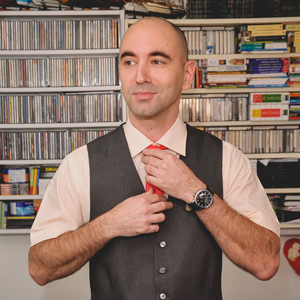 What iPad is Right For You?