Periscope Lens. Everything You Need to Know

Lenses are among the most important components of a camera. Most folks nowadays are thinking about periscope lenses and their ability to alter camera zooming capabilities. However, where is the periscope lens?

In this article, you will understand the definition of a periscopic lens and everything you need to know about it. Let’s get started.

What is Periscope Lens?

A periscope camera gets its name from the same equipment used in submarines or ships to observe items above the water’s surface and something other than is not within the direct path of sight. A periscope lens is an optical tool that allows people to view obstacles without being seen.

It has typically included reflective mirrors or prisms that refract the light at correct angles, letting individuals perceive what is above or below their real line of sight. Smartphone manufacturers have utilized the same technique to develop periscope modules for cameras to improve zooming range.

How does Periscope Lens work?

A periscope camera functions in the same way that submarine periscopes do. In which the lens would have existed, a mirror system is built. A periscope lens is a combination of two lenses and two 45° angle lenses at both ends of a lengthy tube. This helps to reflect the picture from the initial 45-degree lens across all of the additional lenses between another 45-degree lens positioned on the viewer’s end inside a straight line. 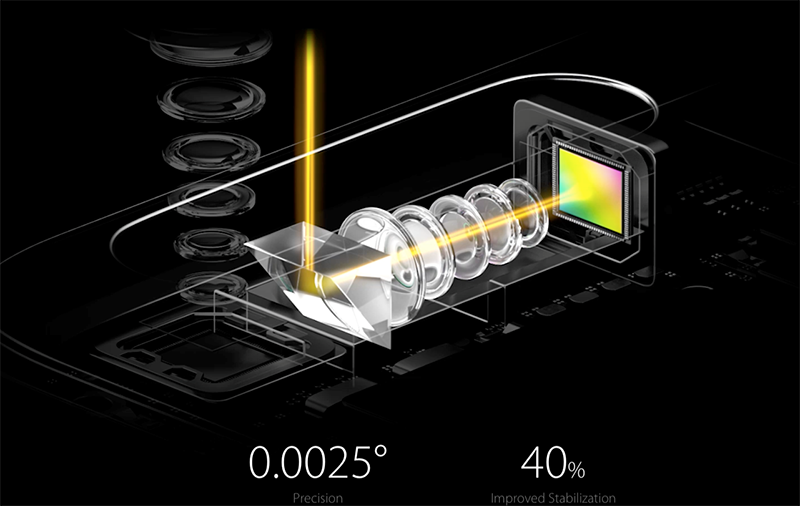 You’d think it’d be hard to create a gadget with a 100x telephoto lens while remaining tiny. However, smartphone manufacturers like Samsung and Huawei have lately introduced telephoto lenses with increased magnification capabilities. So, how does this work?

Their primary benefit is that they enable you to record a faraway item or scenery on a level with such a point-and-shoot camera with no lens motion.

When contrasted to a smartphone with a standard 2X telephoto camera with the lens components installed vertically, the greatest optical zoom range afforded by periscope design is greater.

Although periscopic zoom cameras allow you to zoom in on items considerably closer than digital zoom, they do have certain limits. The most difficult aspect of a periscopic telephoto arrangement is that, as it allows you to visually zoom in on distant things or close in on a tiny item, its focal length — and hence zooming capabilities — are limited.

The lens array cannot move around too much due to the restricted space within the lens arrangement. The motion can only help with focusing and not zooming in or out. As a result, it doesn’t allow you to zoom in and out as easily as a movable zoom lens linked to a point-and-shoot, DSLR, or mirrorless camera.

Because the periscope camera is meant to take up space horizontally inside the phone rather than protruding out from the rear, it may take up a significant amount of room within the phone’s body. This means that to gain higher zoom magnification on the periscope camera, phone makers would have to compromise some components and functionalities.

The size of periscope and telephoto cameras differs. A periscope lens has a narrower field of vision and fewer pixels. Its sensor is typically mounted horizontally.

Periscope lenses are also ideal for landscape photographers in terms of optical zooming. They offer several benefits. It is not the same as a standard telephoto lens. It has a higher zooming potential than a telephoto lens. Including sensors can require extra room. The periscope lens is significantly more costly. However, it has more advantages.

Why It Became So Important?

These phrases, however, may not necessarily tell the whole story. In actuality, mounting a periscope camera on a smartphone is too costly. As a result, they may be seen on high-end smartphones. The price is determined by the length of the periscope camera.

Future of Periscope Lens for iPhones

The iPhone 13 Pro can only provide up to 3x zoom lens. The iPhone 14 model includes a 48 MP widescreen sensor, 8K video capture, as well as an upgraded 7-element telephoto lens in the year.

The iPhone 15 Pro Max will be released in 2023, and the iPhone 16 Pro and its variants in 2024. They will have improved zoom capabilities thanks to the inclusion of a periscope lens. Apple’s version will have a 1/3-inch 12 MP f/2.8 sensor with 5-6x optical zoom and sensor-shift image stabilization. These specs are likely to carry over to the iPhone 15 Pro Max and iPhone 16 Pro versions.

A last piece of advice when dealing with any type of zoom mechanism is to maintain your device as stable as you can. This is important because even with OIS activated, the further you zoom in, the more the camera movement appears. This might result in fuzzy photographs. There are several methods for keeping your phone steady, such as holding it or your arms even against hard objects.